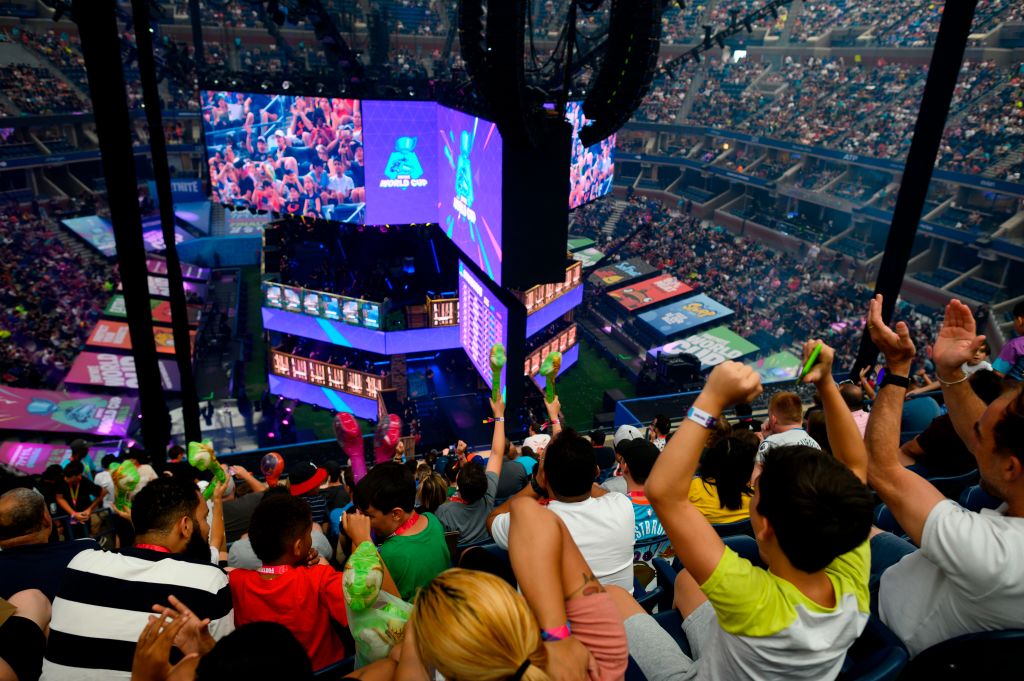 WHY PLAYING GAMES IS A SERIOUS BUSINESS

Gaming is growing and nothing is going to stand in its way.

An industry already estimated to be worth up to £1.5billion expanded even further during the confines of the pandemic, with new gamers emerging to battle for prizes and, more importantly, dominance of the streaming scene.

To older generations it seems baffling that young people would spend hours on games and even longer watching other people play them. To tomorrow’s people, it is part of daily life.

“A lot of younger people have different interests than the generations before them. Ninety minutes of a cagey football game won’t hold their attention in the way 10 minutes of instant action on Rocket League or Fortnite does,” says ICM Stellar’s Head of Esports Johnny Whitmore.

“Gaming online is how a lot of younger people communicate with each other, they spend all their spare time on it. Parents tell us they want to take the consoles and throw them out of the window! It’s a big decision for parents to let their children leave school to turn professional.”

One of the reasons why Johnny and former pro-gamer Oliver Chesses set up ICM Stellar’s esports division in 2019 was to bring the same level of representation to gamers offered to other elite athletes. Not only do we negotiate contracts and commercial deals, we include a strong focus on the mental and physical health of players and plenty of reassurance for parents.

“If you become a professional gamer, you’d typically start out aged 15/16 and you represent a team full time, which sometimes involves at least eight hours of gaming and streaming each day,” Johnny says.

“They love it, most would play more, but we and all the best teams encourage players to rest and take care of themselves. We make sure that clubs offer psychological and physiological support at all times. You have to be as fit and as mentally sharp as you can be to make the right decisions.”

Ultimately the success of a gaming career lies in streaming and social media reach rather than battles won. ICM Stellar are, of course, ahead of the game in this regard by already working with the top names in sport and showbusiness.

“In reality a gamer could play at the top for a couple of years but as they get older it becomes harder to compete with younger players, even the very best,” Johnny adds. “The ultimate aim is to become an influencer and build a loyal, hardcore following that brings longevity to a career. We have the template and the connections to do this.”

Becoming an elite gamer is no easy task and neither is spotting those youngsters who have the potential to make a name for themselves in esports. At the moment ICM Stellar represents a select brand of clients playing League of Legends, FIFA, Fortnite and Rocket League, with the focus on quality rather than quantity.

“We made the decision early on that it was pointless signing up 100s of players we would be able to help. We are concentrating on those with the potential to be the best,” says Johnny.

“Scouting for new clients is difficult but we have some brilliant ex-pros on our team who watch hour after hour of games looking for the up-and-coming players. It might just be something small but they have the ability to spot something in a player. Good decisions, the right train of thought.”

And how does the future look? Will esports one day take over traditional sports as the nation’s favourite past-time?

“That’s still a way off but the growth is incredible,” Johnny adds. “Football clubs are already forming gaming teams; Barcelona and PSG have teams and in the UK you have Wolves, Burnley, Manchester City, Celtic and West Ham. Within two years most top clubs will have an esports team and there are already hugely successful and popular clubs in places like Scandinavia and Asia.

“When more clubs get involved and competitiveness intensifies and brands start to take a bigger interest, we will see a massive increase in the returns available for top players. As ever, ICM Stellar will be there to help players enjoy all the rewards that their talent and dedication deserve.”