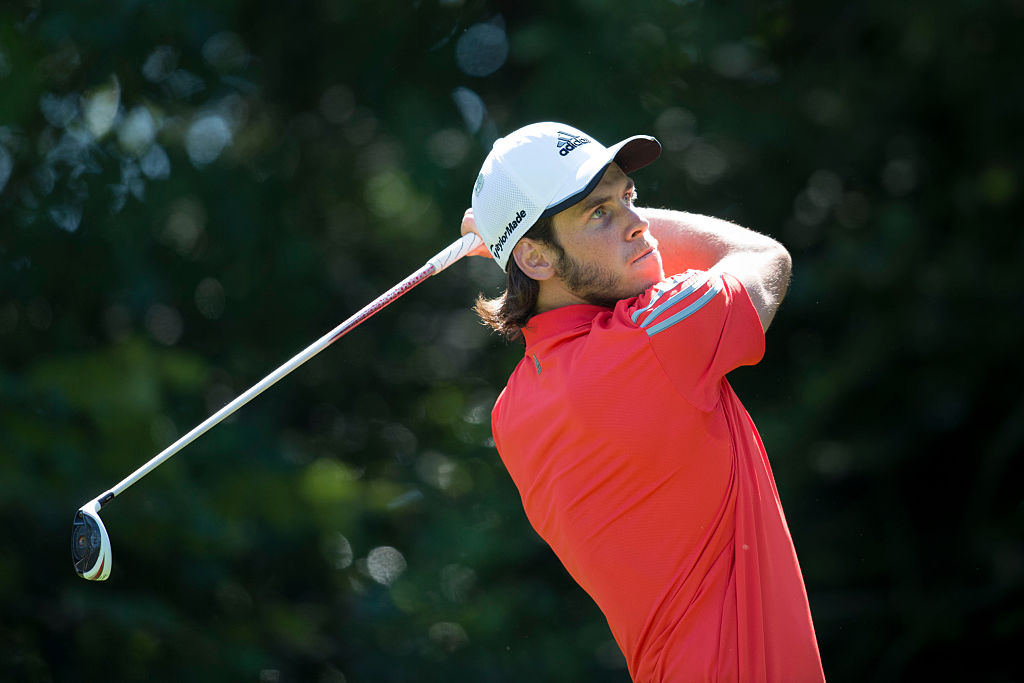 Since taking up the sport as a boy, competing on the amateur circuit as a young man and establishing himself in the golf business community, Matt is now head of golf at ICM Stellar Sports and is helping to open up a world of opportunities for players.

“It’s about players and about the sport itself,” Matt says. “ICM Stellar has come into golf with a new way of doing things that’s great for our clients and is going to bring real positives to golf.”

The first of those positives is already bearing fruit as players prepare to tee off in the Cazoo Open supported by Gareth Bale, a rebranded Wales Open taking place at the Celtic Manor course that is part of a three-year partnership that ICM Stellar have signed with the European Tour.

It is a hugely exciting move for ICM Stellar and the Tour. It was even recognised by the Welsh government, with Dawn Bowden, Deputy Minister for Arts and Sport, saying it would “shine a spotlight on the work being undertaken to drive youngsters’ interest and increase participation in the sport”.

Matt, previously with golf technology giant TrackMan, always thought there was more to be done to promote his sport and help amateurs find a way to progress and eventually compete at elite level.

His involvement with ICM Stellar came about through his friendship with our client Gareth Bale, our managing director Joshua Barnett and our new head of golf development Jamie Humphrys.

Joshua had for a long time wanted to set up a golf division but wanted to wait for the right time and the right people to do this. As a golf fan he could see the sport was entering a new era of competitiveness and that younger golfers in particular would benefit from our representation and guidance.

“Of course we want to sign up the players who we think have the potential to go on and be champions but there is more to it than that,” says Matt.

“For Joshua this was about making golf bigger, getting more people watching and growing the game. Gareth was very keen to get involved in that and for us to start off in Wales and promote golf there.  We have been working with the incredible Hannah McAllister and her team at Wales Golf to make that happen.”

As things stand, it is difficult for young European golfers to make a name for themselves. In the United States golf follows a similar path as American Football, with talented youngsters honing their skills in the college system, with the best having a clear route to competing in prestigious junior tournaments, performing well and turning professional.

To that end, ICM Stellar will be using platforms such as the Cazoo Open to identify and invest in the best young golfers, using our global networks to pull in invitations to play in tournaments such as those run by the American Junior Golf Association.

Talks are also ongoing to with golf authorities and competitions throughout the world. The idea is to help young golfers break into the sport and then be by their side as they progress through their careers and also offer our expertise on how golf can continue to thrive and appeal to a new generation of fans.

It is a new model for golf progression and a timely one.

Matt said: “All top golfers have management but what we are offering is different, it the equivalent of what we offer to clients in soccer.

“Every golfer is different, one size doesn’t fit all, and while some will want traditional golf management with all the extras we can offer, others will flourish with a more immersive setup. It’s about being able to offer a bespoke structure backed by a huge, international sporting agency that is tailored around doing everything we can to help athletes succeed. It’s all about players putting their trust in us to help them get the opportunities to compete at the top level.

“ICM Stellar has an amazing track record in this regard. You only have to look at what Gareth has achieved, the following he has and the people he can reach on platforms like Instagram (44million followers and counting!), that’s why it’s such a natural fit for him to get involved and why the future is so exciting.”

Part of the way ICM Stellar will operate is to draw on Matt’s experience in golf technology, working with the best in the business and crunching the data to uncover potential whilst then using an array of methods to hone performance. It is fair to say that science is fast changing the face of golf and the top players of the future will rely more and more on the small gains the right science can bring them.

Matt added: “We are bringing forward a model, one that will bring interest to fans, help young golfers get a taste for a very high standard of competitive golf and at the same time use the cutting edge of golfing technology to identify the players who have the potential for us to be able to help them take the next stage up and progress to the elite.

“Everything is based on our love of golf, getting people to watch, to play, to get excited by the sport  and to help the best become better. That is the future myself, Joshua, Gareth and everyone at ICM Stellar wants to see.”